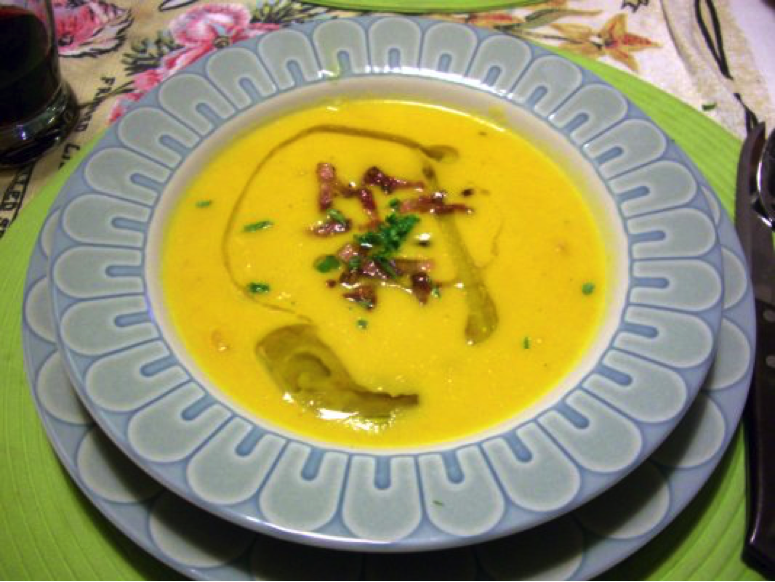 Fry the onion with a little extra vergin oil, add the yellow pumpkin, the clear broth and cook, fixing with salt and pepper.

Something more precise about the (not easy) preparation of fonduta: dice the fontina and put it in the upper half of a double boiler with the milk; seasoning the mixture with a pinch of salt and let it sit for about an hour. Then heat it gently, stirring with a whip, until you’ll obtain a dense, cheesy cream. At this point incorporate the yolks, one at a time. Keep it hot.

Then, put the cubes of blackbread in the oven to crisp them well, the bread has to be very crispy. In the meanwhile cook the boudin in a nonstick to make it crispy too.

Then put the pumpking cream in a dish and put in the middle of the cream a spoon of fonduta drawing a decoration as you like, crumble a little of boudin on and garnish with some croutons of black bread.